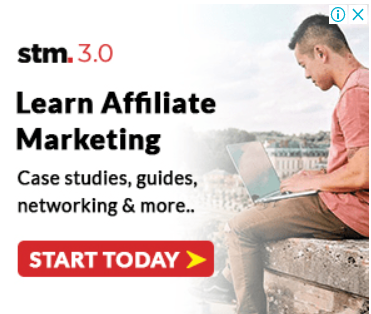 This S’mores Cake is better than the real thing! A graham cracker cake filled with a whipped milk chocolate ganache and topped with toasted marshmallow fluff. 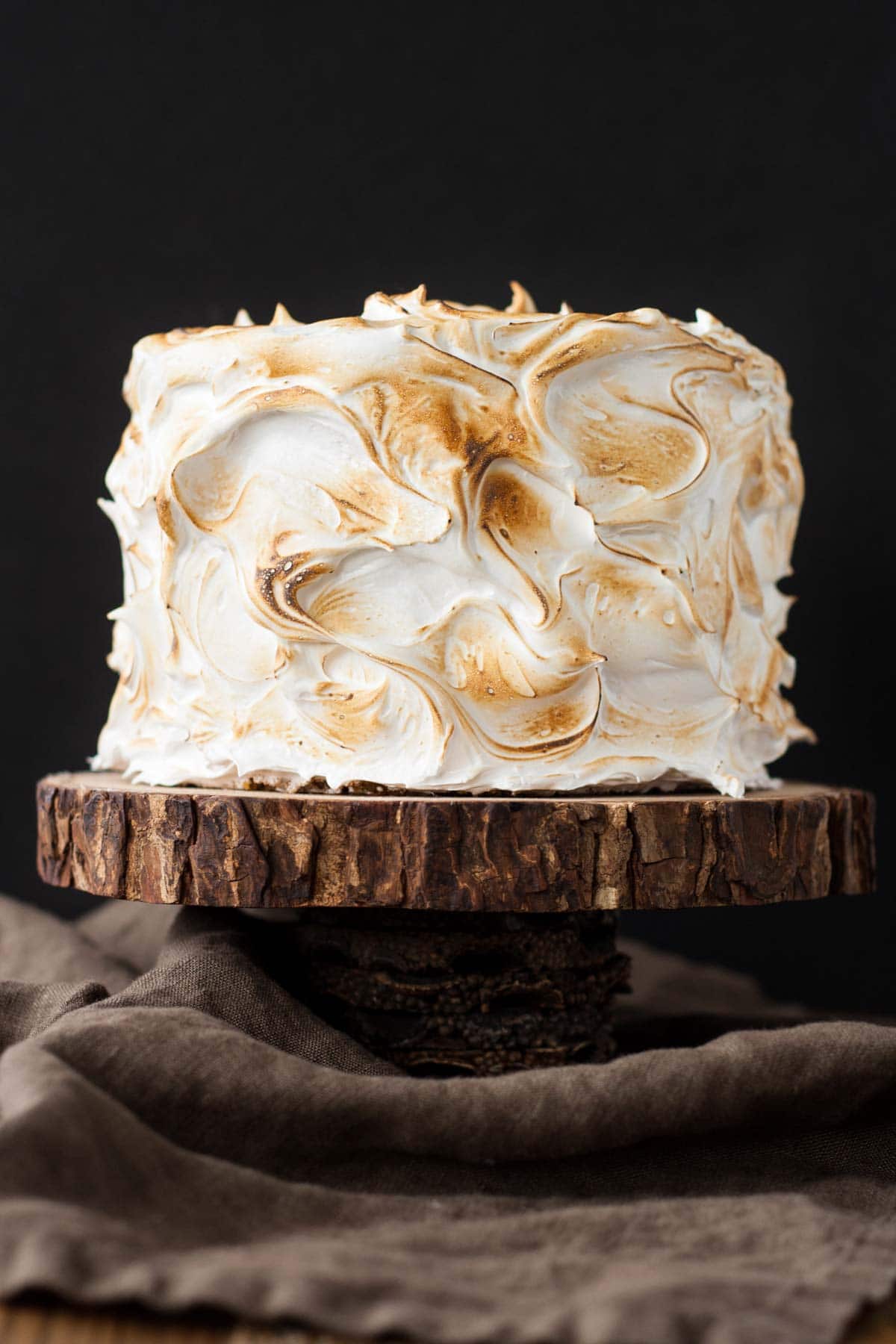 This is not what this cake was supposed to look like.

Ryan requested another S’mores Cake because he loved my S’mores Bundt Cake so much. I was happy to make it again, but I wanted to try something different. My plan was to make a naked cake with milk chocolate ganache and marshmallow fluff between each layer.

Except my store-bought marshmallow fluff was an epic fail. 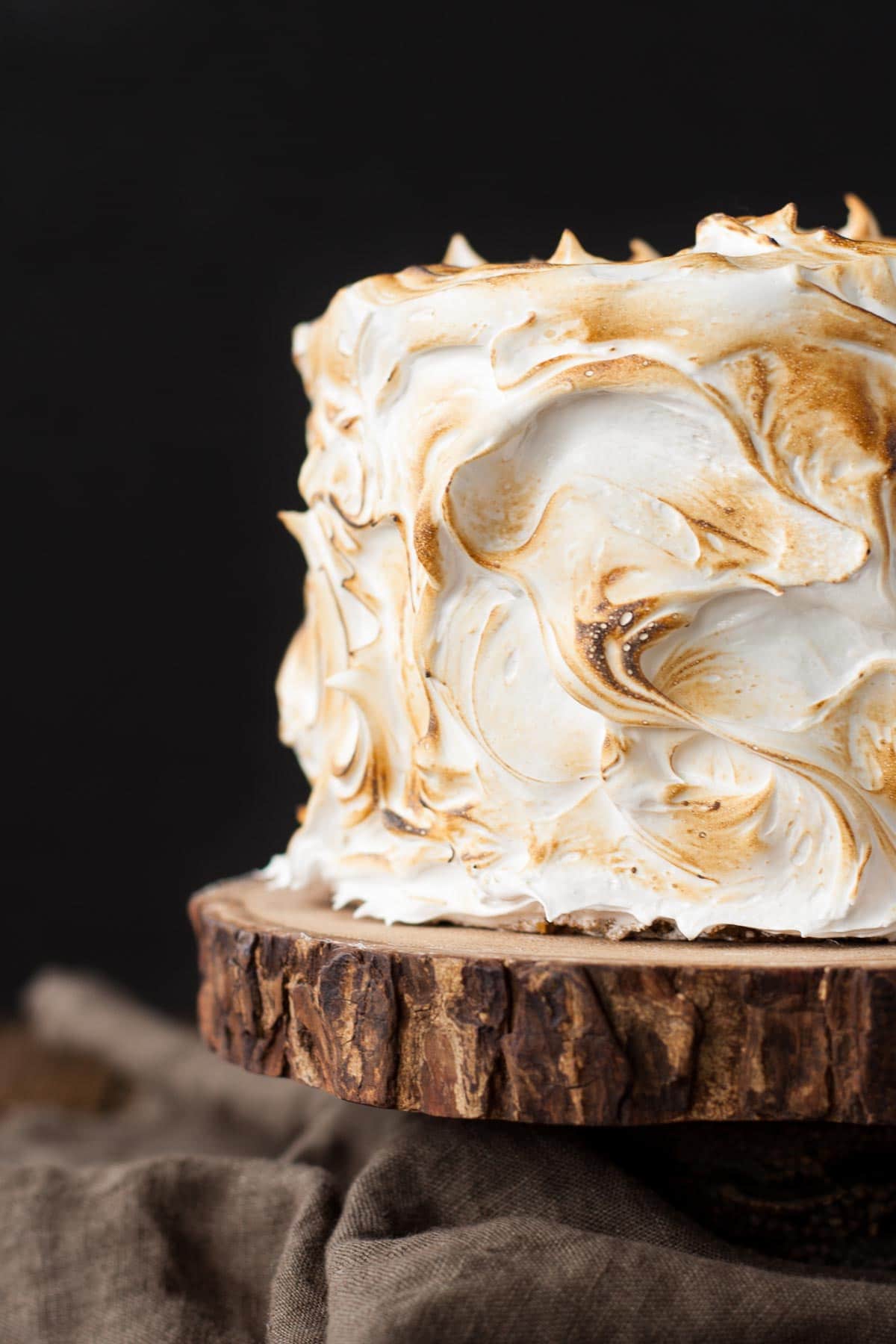 I had a little homemade marshmallow fluff left over in the freezer from the S’mores Bundt Cake, but was too lazy to make more, so I decided to top it up with some store-bought stuff.

I’m not exactly sure what happened. I mixed the two together, and maybe I beat too much air out of it, or maybe the stuff I had in the freezer was too thin. No idea, but it was basically marshmallow soup. In hindsight, I don’t know why I decided to go ahead with it anyhow.

Plenty of cursing, as usual — par for the course with my baking. It’s rare that something works out on the first go. It’s a wonder I keep doing it! I actually took pics of my fails this time, which I almost never do because I’m too frustrated at the time. The pics are crappy and unedited, but I thought you’d appreciate them.

Here’s the lovely first layer that actually got entirely scrapped. It was still eaten, of course, but did not make it into the final cake. 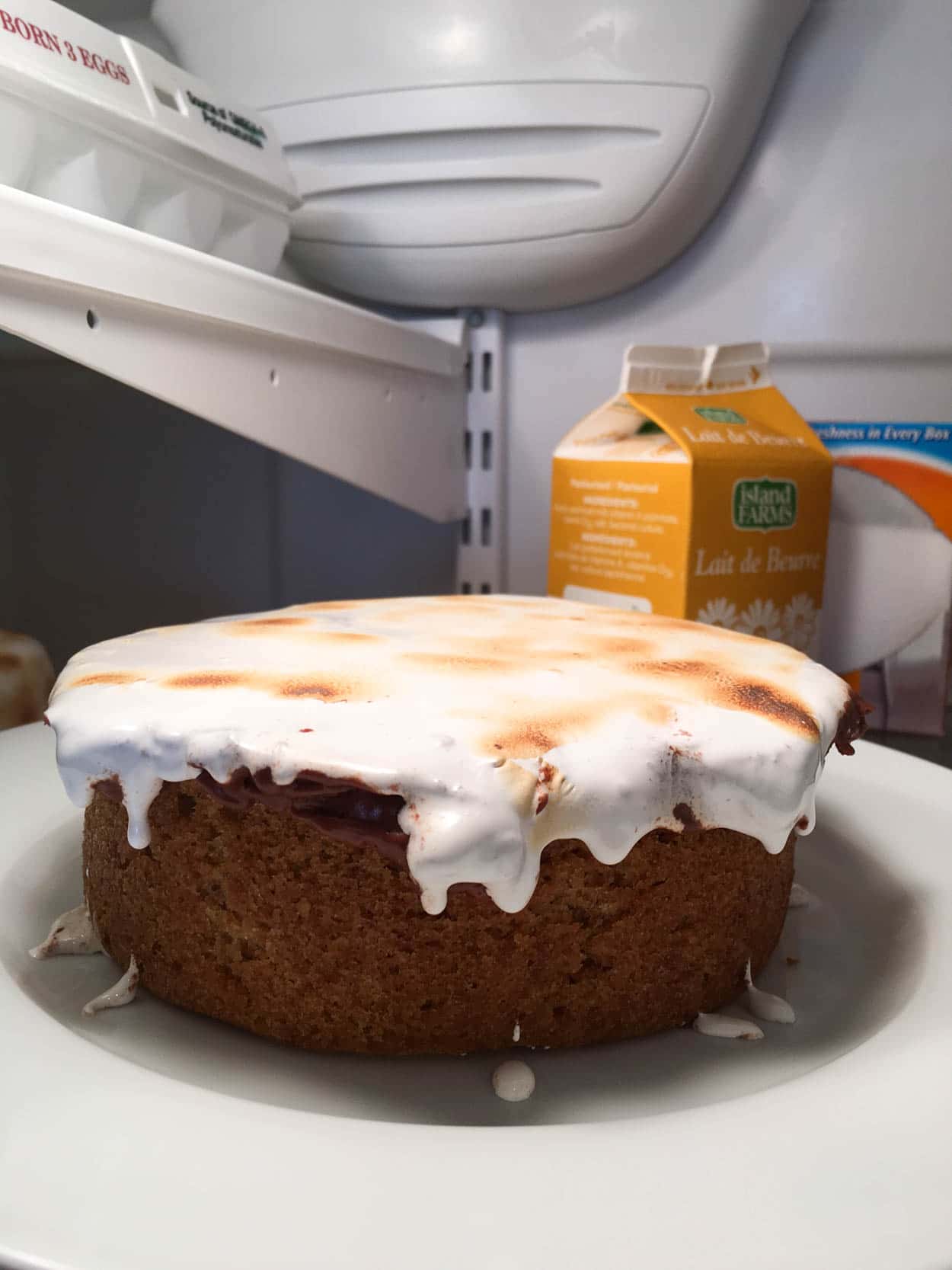 Like, what is even going ON there? Marshmallow. Soup.

The next attempt wasn’t much better. I decided to take the remaining two layers, put the whipped ganache in between, and then top it with a marshmallow glaze… 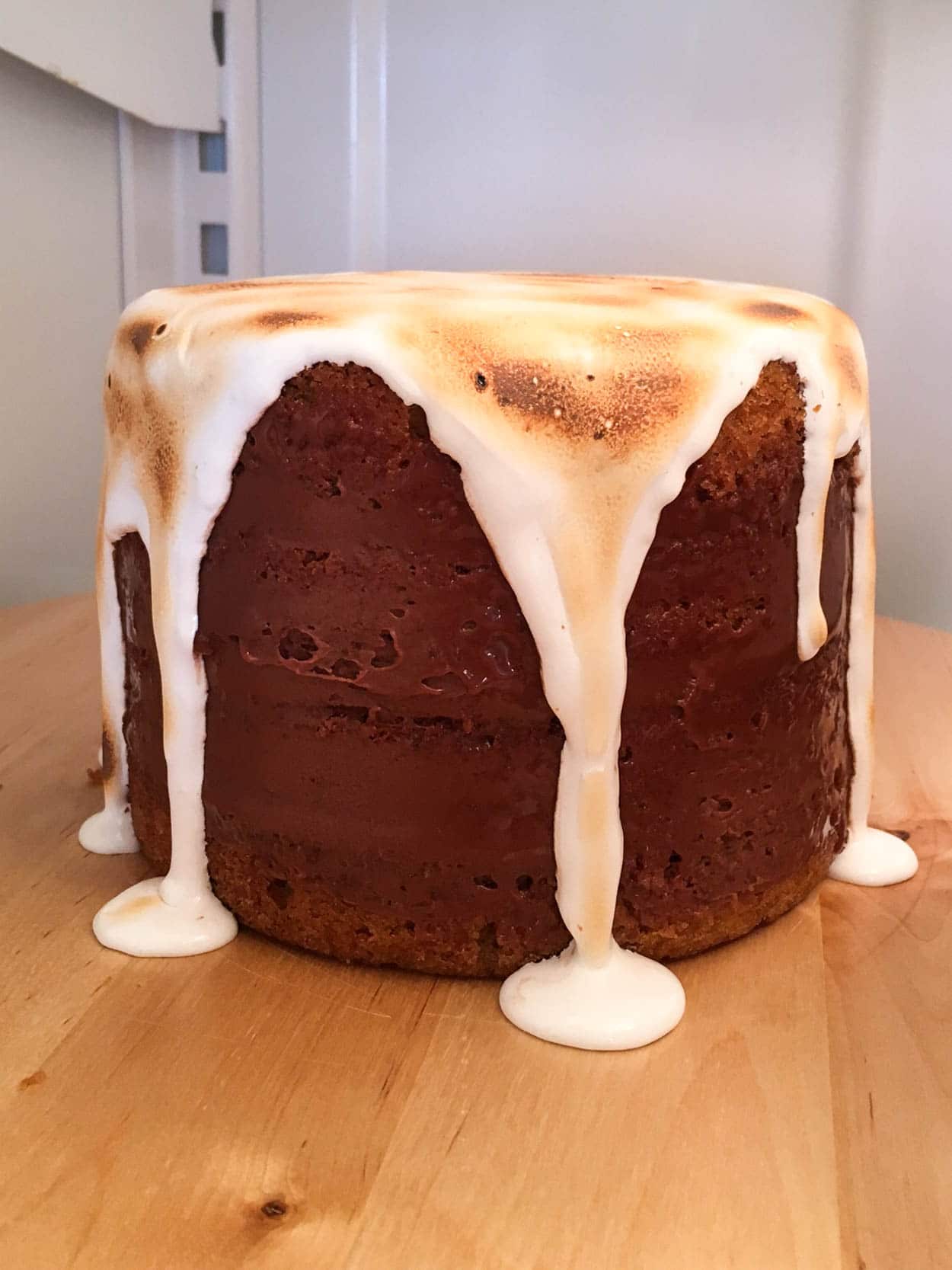 It’s comical really, in hindsight. I could NOT take pics of this cake….it was destined to end up on Cake Wrecks.

So I scraped the whole mess off, MADE new marshmallow fluff from scratch, and covered the entire thing. 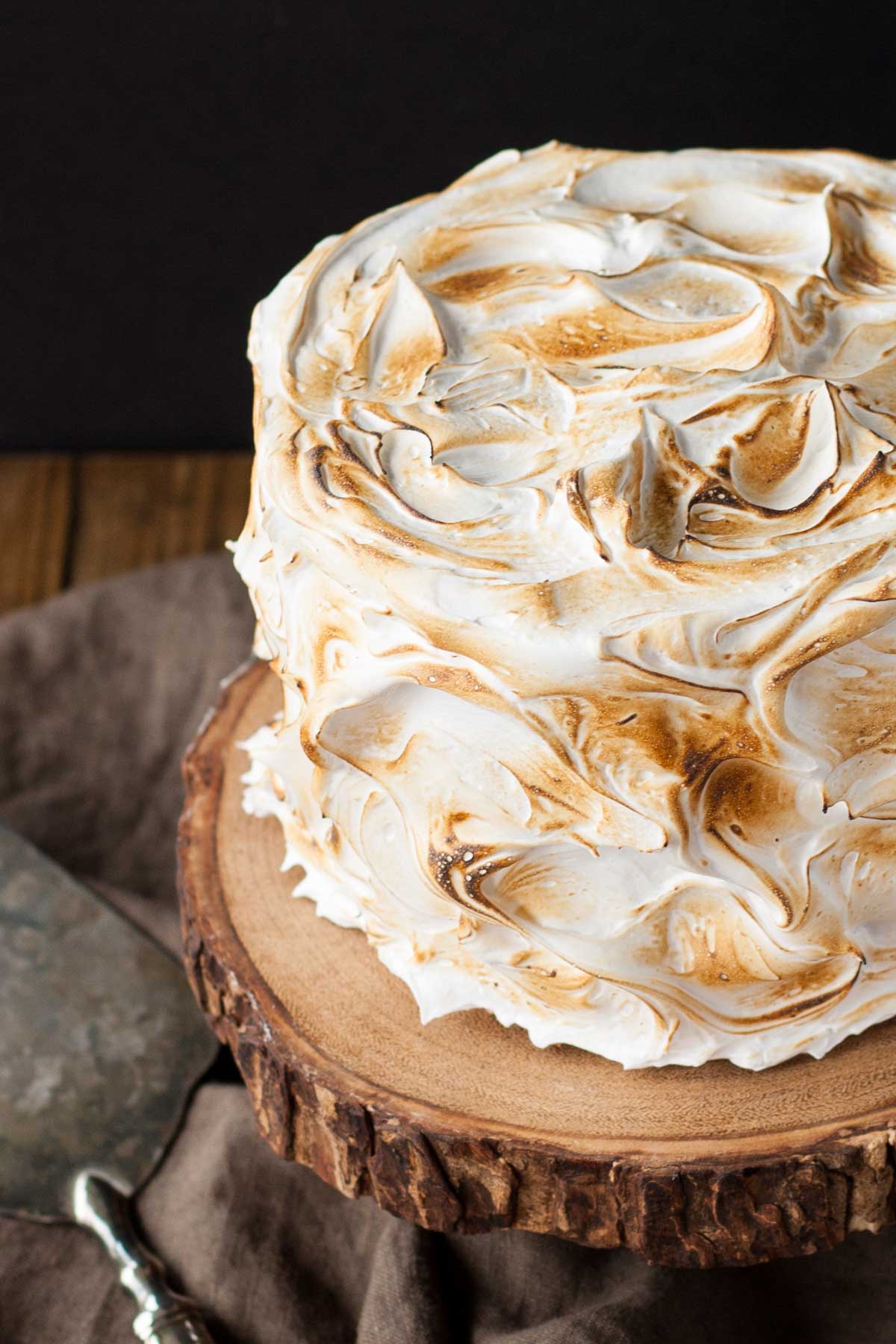 It’s not the look I was going for, but I think it turned out even better. I actually love that it’s almost the perfect shape of a marshmallow! 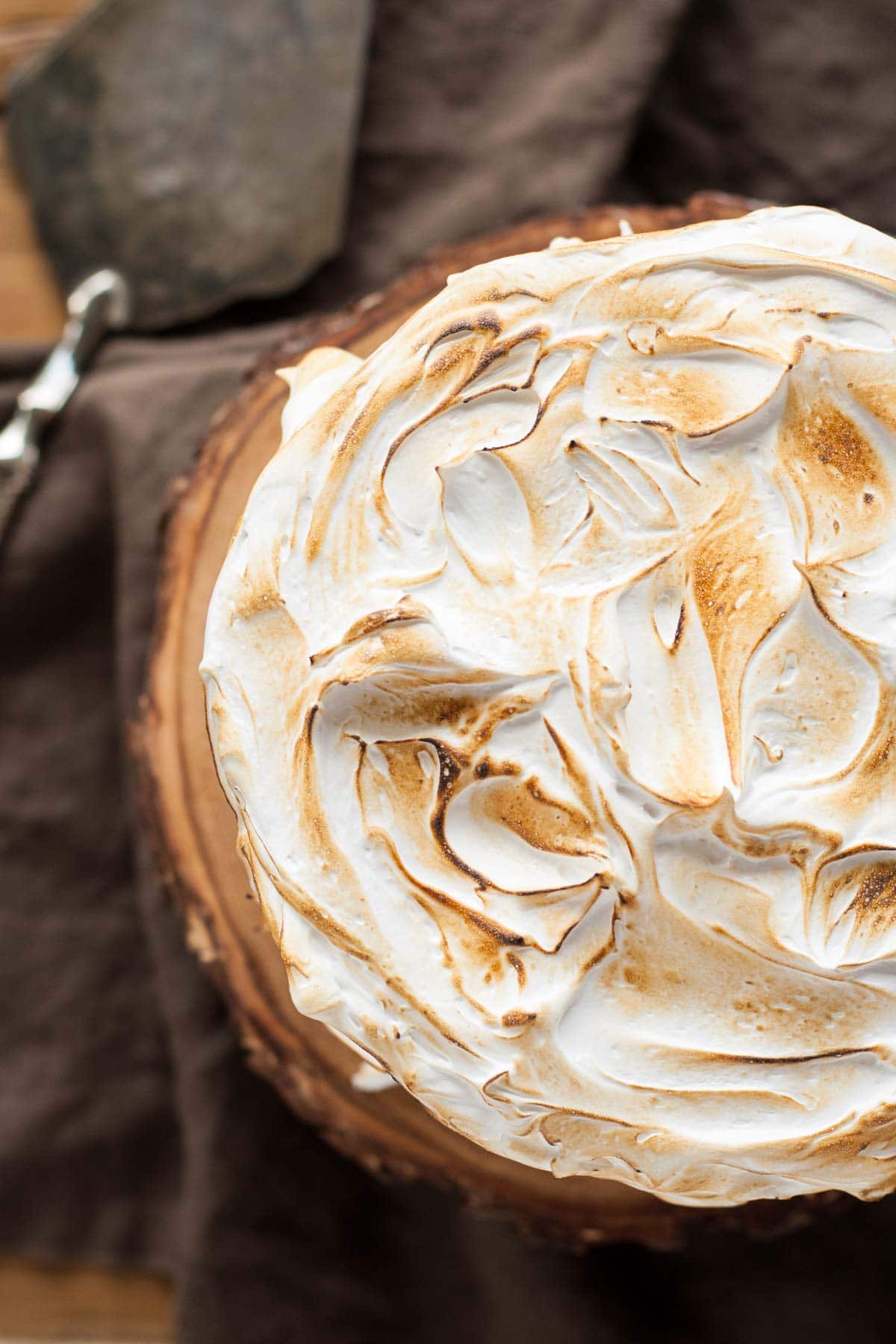 And, of course, the most important part is that it tastes amazing! The graham cracker cake has a unique and delicious texture. The cake itself isn’t too sweet and the marshmallow is light, but if you’d like to tone it down, you could always swap the milk chocolate for dark chocolate.

Either way, this S’mores Cake is delicious and so perfect for summer. I hope you try it!

Tips for making this S’mores Cake: 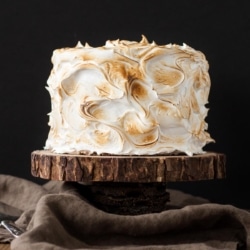 This S’mores Cake is better than the real thing! A graham cracker cake filled with a whipped milk chocolate ganache and topped with toasted marshmallow fluff.

*You can use a milk chocolate buttercream if you prefer. **If there are still some chunks of unmelted chocolate, microwave in 10 second bursts until all chocolate has melted. ***You can make the ganache a day ahead and refrigerate it overnight, then take it out and allow it to come to room temperature before whipping.

The nutritional information and metric conversions are calculated automatically. I cannot guarantee the accuracy of this data. If this important to you, please verify with your favourite nutrition calculator and/or metric conversion tool. 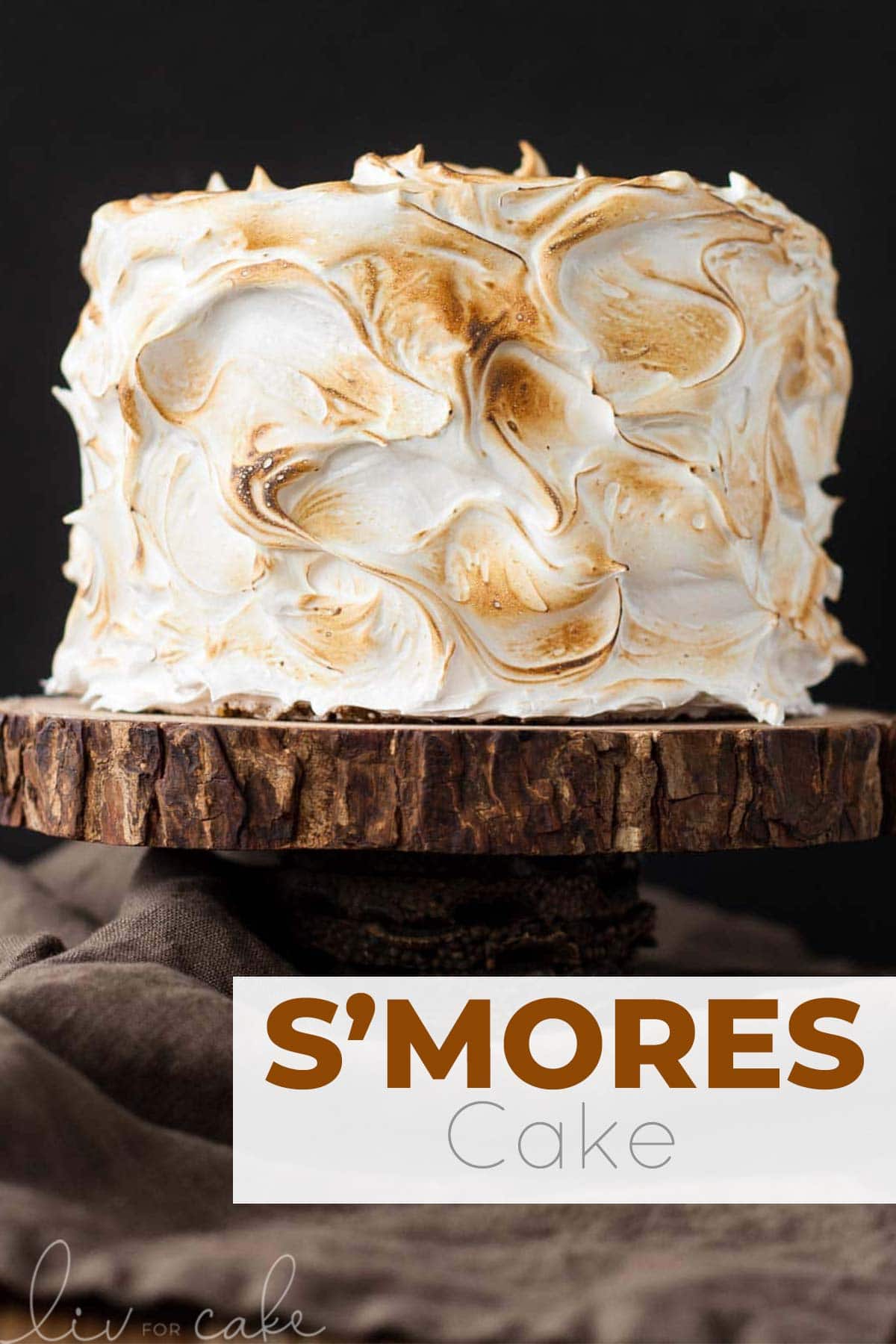